Recently, the president of an international technology association asked me for a couple of ideas on how kick off her upcoming board meeting. She was looking for something that would prepare the group to be open and ready to work together to address the tough discussions on the agenda.

As I began to consider how to best advise her, my thoughts turned to just how important the start of any meeting really is. After all, it is the start of any meeting that sets the tone for the quality of the interaction that is about to take place. It establishes the conditions for success. In general, however, this familiar part of a businessperson’s day usually gets the least amount of focus. Most meetings begin with a brief overview of the agenda and then a leap  into “the important stuff”. The issue is that this jump takes place before everyone is on the same page, putting at risk the successful outcome of the meeting.

Let’s face it: people are running from one commitment to the next and by the time they arrive for your meeting, there are lists of items competing for their attention. If you give attendees a few minutes to take a breath and transition from whatever they were doing prior to your meeting, you will end up with more engaged, collaborative participants and a better outcome.

Here are a few of exercises from the world of improvisation to try at the beginning of your next meeting that will help improve the results you see by its conclusion.

Ask everyone stand and arrange themselves in a circle. Someone starts by making a statement that relates to the meeting topic. An example would be “This new product will be amazing”.

Moving clockwise through the circle, the next person accepts the premise of the statement and builds on it by starting with the phrase “Yes and”. Using our example, “Yes and, we will over achieve quota by 200%”. The third person builds further with “Yes and we will sign on 50 new channel partners”. Continue moving around the circle until everyone has had a chance to provide an idea.

The point of this exercise is to introduce the idea of “leading with yes”. It is a simple but powerful way to reinforce the concept of offering positive support for the contributions that colleagues make. Be sure to watch for the “yes, but” response. It is really just a polite way to say “no” and effectively puts up a blocker rather than building on the ideas presented.

Usually, brainstorming sessions begin by asking participants to come up with their best ideas. This traditional approach introduces a lot of pressure right off the top and throws people into self-judgement mode. In those situations, participants are apt to be thinking, “I have an idea, but I don’t know if it’s the best one. What if it’s stupid?”. The result is that people hold back in uncomfortable silence or rehash every other idea that has already been tried, making everyone wish they had a root canal appointment to go to that could save them from the meeting.

Instead, try asking for the opposite. Ask everyone to come up with the worst ways to solve the problem. For example, if you were looking to close a gap in sales quota, you might ask,  “what are the 50 worst things we could do to fill our pipeline?” You might hear suggestions like:

“Not visit any customers”
“Send everyone on vacation at the same time”
“Triple  pricing”
“Outsource customer support to the local kindergarten class”
By having everyone start with expressing completely crazy ideas, it inherently sets aside the self-judgement that might otherwise negatively impact creativity. People usually have fun doing this and are impressed with their colleagues’ inventiveness.

With the “worst ideas” out on the table, the pressure is off and people will feel at ease to engage without hesitation in sharing their best solutions with the team.

Storytelling is a hot topic in business for good reason. We remember stories better than facts and figures and we cannot help but be pulled in.

For this exercise, have everyone stand in a circle. The first person introduces the title for a story related to the business subject at hand. For example, he or she may offer the title, “The Heroes of ABC Corporation”.

Moving around the circle, build the story one sentence at time by having each person come up with the next sentence in the story. Go around the circle as many times as needed until the story comes to a natural ending. Here is the important part: as the manager of the meeting, debrief with everyone and ask them questions such as:

The point of this debrief is to have the group consider how well they were listening to each other and how each of them did at supporting ideas that he or she did not initiate.

Try the exercise a second time with a new story title and debrief once again. Take note of the improvement in listening and supporting.

The technology association referenced at the start of this post has used the three exercises presented above. All reports indicate that they accomplished everything on their agenda and had fun doing so. I hope you will try these exercises at your next team meeting to drive engagement and encourage people to bring forward their best contributions.

For more ideas that you can use in your meetings, check out: www.workingimprov.com/app 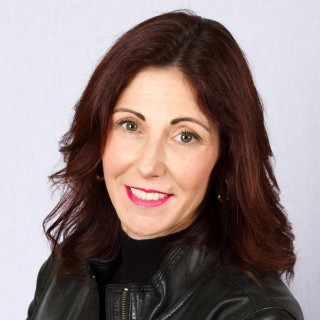 I am an executive, writer, coach, speaker and "improvinator". Find out more about leadership, management and the power of Improv for business results!